skip to main | skip to sidebar

We have a Mystery Kitty in our house. Well, her name is actually Pavla (named when we adopted her 5 years ago).  She is such a sweet kitty but she is painfully shy.  Painful in that my daughter (or anyone for that matter) can not hold her every day like she wants to.  She runs and hides when we walk toward her. She will only come to us on her own time and terms. It's sad thinking that she has chosen a life of solitude. We have always thought that she may have been abused in her prior home. Her brother..aka "Blanket kitty"..is SO the opposite. He HAS to be near you and craves and loves attention.

Sophie can occasionally scoop her up and take her up to her room for some one-on-one love (which she does seem to love).  These are very rare pictures I was able to capture before she scurried away. 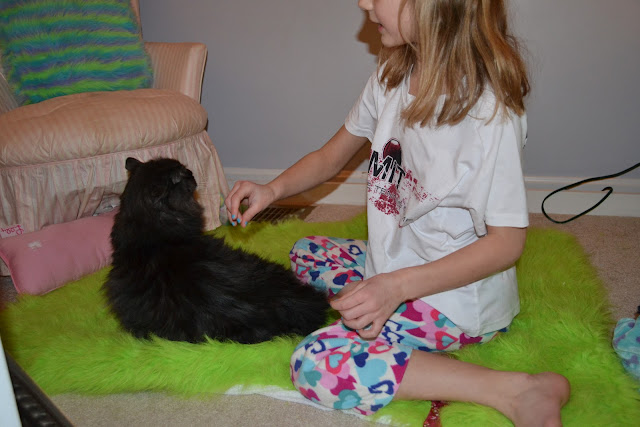 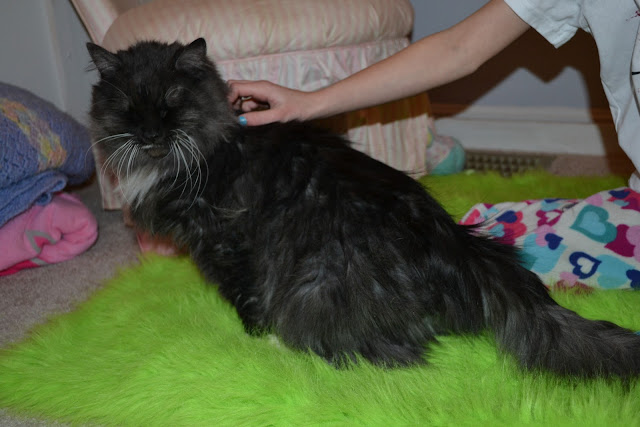 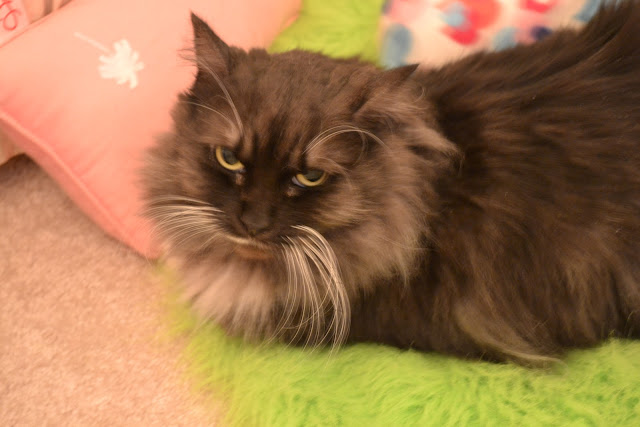 A Month of Catch Up

It looks like I have some catching up to do, huh?  So my intentions are always good when it comes to blogging here but I obviously ran out of juice for some reason with posting.  I have taken a ton of pictures!  But they have lived on my camera instead of making it here :)

We have had a very, very, very uneventful February. I remind myself,  at times like this,  that boring is wonderful! Just living life day by day.  Nothing grand but nothing bad.  Hunter had his February vacation and was invited to go to Breckenridge with a friend.  He had a blast of course.  Sophie and I didn't take time off.  I figured since we were alone we might as well keep school going.   I think I would rather stop a week earlier when the weather is so awesome and we will want to be outside.

We did take a field trip to the Boston Museum of Science.  We went to see the Justin Bieber movie.  Woohoo!  And I can officially say that I have started my exercising again finally.  Another woohoo!  I have been extra lazy this winter!   Nothing like a planned trip to Florida to get me in gear.

Sooo....here's a little of what we have been up to. 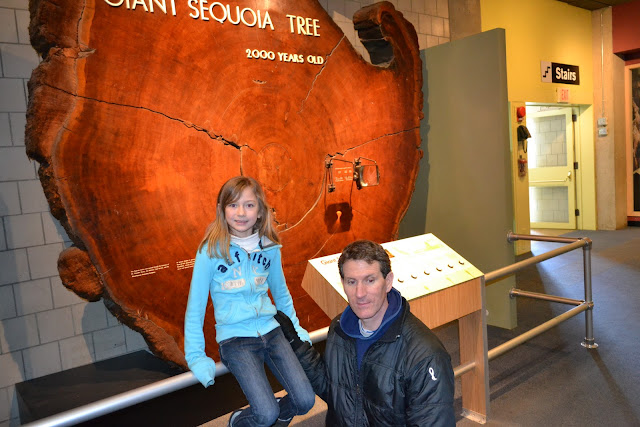 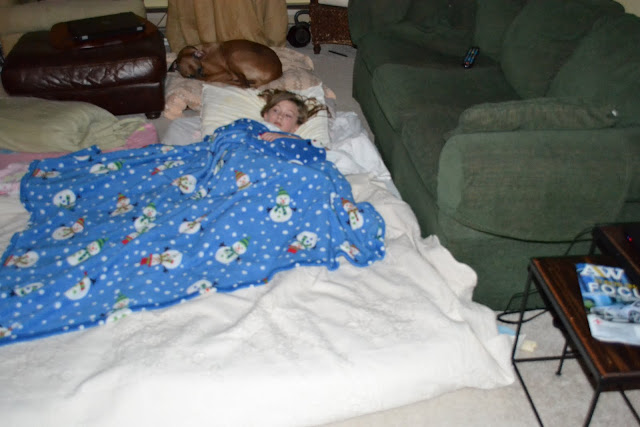 Saturday Night Camping out in the Den.  Popcorn and Movie fun! 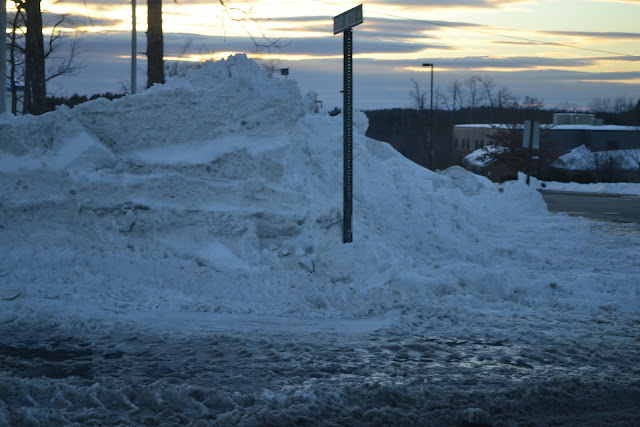 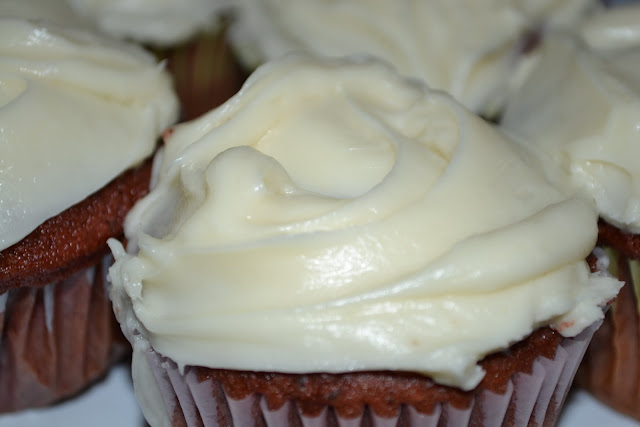 Made Yummy Valentines Day cupcakes for my Valentines :)   I'm not sure there are too many things better than Red Velvet Cake with Cream Cheese Icing.  (I did not put as much red food coloring as it called for so they are an interesting color) 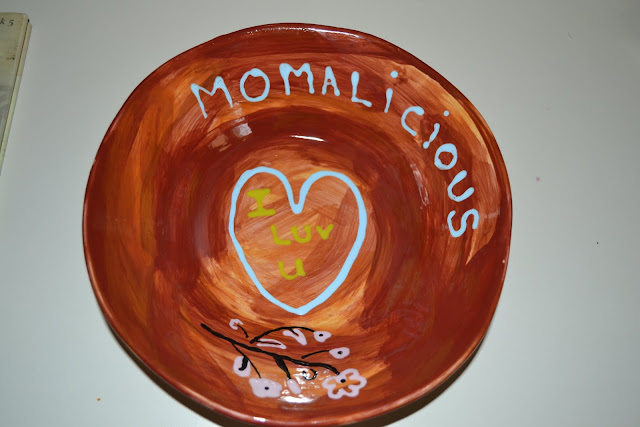 My Funny Valentine's Gift from Hubby.  He made it all by himself one day when he took Sophie to the paint your own pottery place.   He owed her for breaking two of the dishes she had made other times I had taken her. 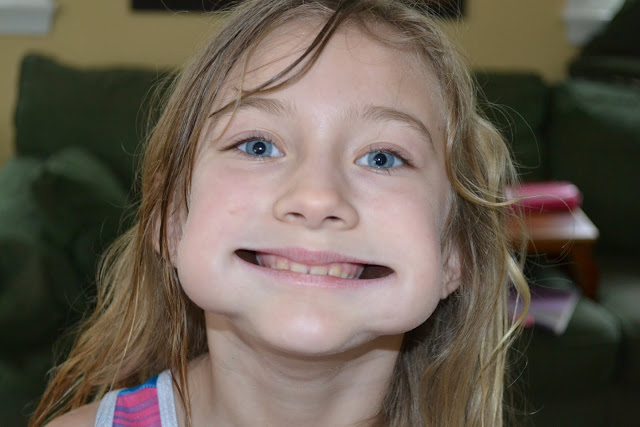 My little chipmunk.  If you've ever wondered what Lindt's truffles look like in each cheek....here you go. 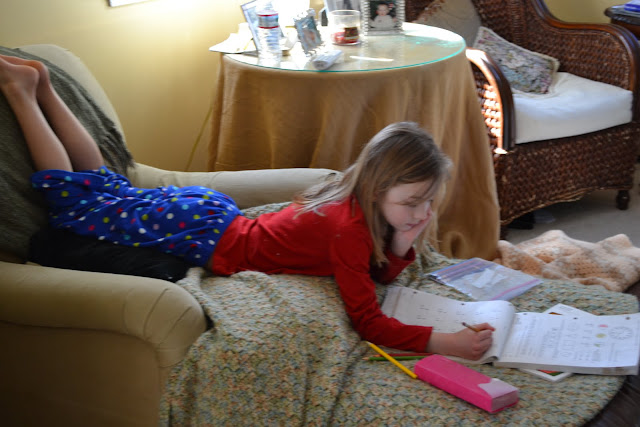 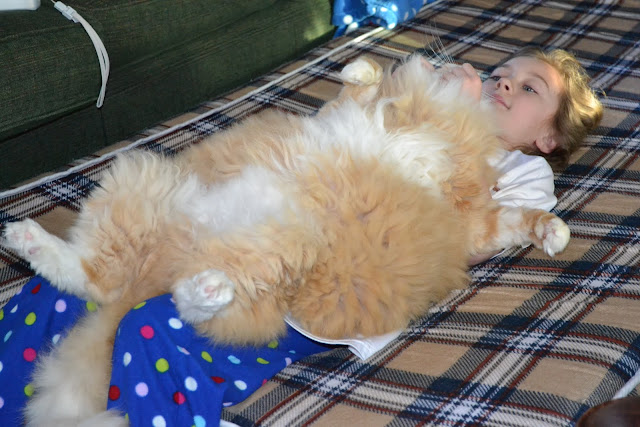 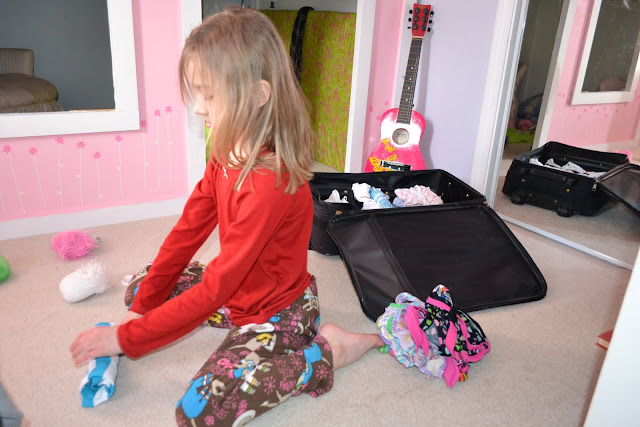 Packing for Florida....a month early. Do you think she is excited?!
Posted by Sherri at 3:37 PM 1 comments 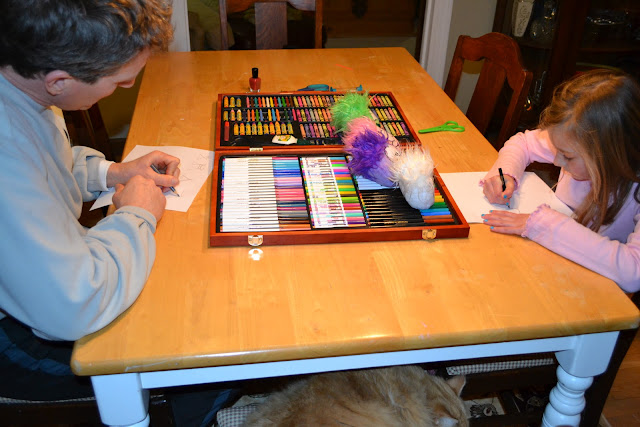 
Wait I never told you we had a rat. Actually we have two of these little dudes. Long tales and all. Sophie thinks it's a hoot to push them around in her little shopping cart. I'm not sure what this child would do without her pets to entertain herself with.
Posted by Sherri at 12:39 PM 0 comments

I'm not exactly sure where this week went. It was just a blah week  It probably had a lot to do with the impending monthly visit.  Oh.. the joy.

Thanks so much to Sarah at Clover Lane for showing me how to customize my very own header!! I love, love learning something new.  And this was pretty big for me.  She made it so very easy.  I can't wait to have fun changing it and keeping it fun.
Posted by Sherri at 12:36 PM 0 comments 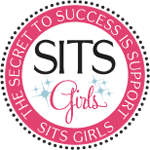